In my long impatient wait for my 16 ga. RBL to arrive, I've made some observations.. Nothing new there... I observe alot, or try to, on a more or less daily basis..
But, I've been struck by the thought... I wonder how we ever became happy with a shotgun purchase before the advent of "the information superhighway," as the infamous Al Gore loves to call it..
I guess I miss the days when a shotgun was just a shotgun... It either looked good or it didn't.. Handled well or it didn't.. Had that "between the hands" feel or it didn't.. Folded birds cleanly or it didn't. The days before we got out our gram scales and vernier calipers to measure actions and stocks, and to pontificate on what esoteric qualities make a game gun, and which do not.
The days before we could pick apart a man's proud new purchase from the safety of our computer keyboard.. The days before we all became experts and critics.

I suppose a lot of good has come from the internet, but the detachment and disconnect has also made us colder and harder from our little computer rooms... As foe me, I'm just gonna' carry what feels good and gives me an ounce of pleasure. What more can a person ask?

Just an observation...on a gloomy, rainy day.
Posted by BlacknTan at 6:51 AM 1 comment: 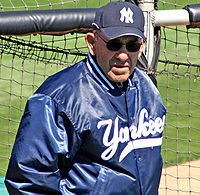 Being a New Yawker, and a product of my generation, I grew up with the Yankees and Yogi Berra.
Now, alot of folks have heard Yogi's quotations, but here's a complete collection..
I always to try to get a laugh everyday from my internet travels, and sometimes laughs are hard to find, but quotations from Yogi Berra will keep me laughing a long time.. We always laughed with Yogi, and never at him, because he was a lovable guy, a class act and a great Yankee!

So, click the link and enjoy some of the best from the great Yogi Berra..
Posted by BlacknTan at 9:34 AM 1 comment:

This quote is taken off the Memorial Wall dedicated to the Women and Men who lost their lives to the Salem Witch hunt mania of the 17th century.


My face is a mask I order to say nothing
About the fragile feelings hiding in my soul.


Enjoy your day!
Posted by BlacknTan at 7:51 AM No comments: 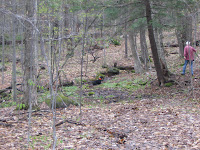 And, unfortunately, particularly when it's a Setter that is so hard to clean up. The Gordon, pictured here doesn't show the mud like the English setter, but is clearly just as dirty, and almost as matted.
But, that's all part of the fun... Right??

Enjoy the long holiday weekend!
Posted by BlacknTan at 8:09 AM No comments:

My... How times change

The club is putting together a component order.. a semi pulls in with a full load, and everyone pitches in to get it off-loaded and put away.
The prices are good from a large Pennsylvania distributor, and no shipping to pay and no ridiculous "hazmat" fees..
Now, to the point. I bought some West Coast hard shot to prevent my continual depletion of the shot I've got stashed.. 24 bucks and change a bag, and I consider it a bargain! Also got a few flats of Remington 16 ga. game loads for the hulls, at over 80 clams a flat...
Years ago I would have been horrified at these prices, and I must admit that even now, it doesn't go down easily, but it just goes to show how far we've come, and how sky-high prices can enure one to the fact...
Maybe my age is telling... or maybe I've just given up...
Posted by BlacknTan at 7:58 AM No comments:

For those with big runners that run the Garmin Astro GPS system, there are software updates available.
I called with a question because one of the blue charging LED's is burnt out. One still is operative, and I can tell when the unit is on charge, so I'll just leave it for now. The tech offered to walk me through the software updates to both the 220 gps unit and the dc-30 collar. I was way behind the times, and numerous updates had been available before the most current ones.
In any case, both units are now current with the latest updates, and the latest info for the chipset..
I'm expecting even better performance from an already fabulously performing tool!
Posted by BlacknTan at 8:05 AM No comments:

We knew it all along

Here's some scientific validation of what we thought we knew about dogs all along...

It's not good to comfort Fido during a thunderstorm.. While it might make us feel better in the hope that we're trying to help, it does nothing for the dog according to scientific research.
I was always of the opinion that calming a dog's fears during these time did nothing more than prove to the dog that there actually was something to be frightened of, and that all the panting and anxiety was actually well warranted, and it appears that the time honored truth we learned is actually correct on all counts..

Comforting Fluffy during a thunderstorm might make us feel better, but it does nothing for Fluffy, and long term might actually be doing the dog a disservice..

Read the story here...
Posted by BlacknTan at 7:45 AM No comments:

We all know our gundogs need plenty of exercise in the off season to stay in shape, just as we do. Now, check out our friends at A Piece of the Purest Challenge for an excellent solution...

I'll have to rig one of these up!
Posted by BlacknTan at 9:14 AM No comments:

There is now more evidence to confirm the notion that we're just breeding our dogs too closely, and the dogs are paying a heavy price for our egotism.
Many breeds are suffering from congenital diseases suich as Canine Hip Dysplasia (CHD), Progressive Retinal Atrophy (PRA), Gastric Dilation, Megaesophagus, and so many others.
The hand of man is wielding far to much influence over the direction our breeds are taking, for all the wrong reasons and with disastrous results!
Read the article from Science Daily about how an breeding within an extremely small gene pool has had deleterious effects on a small population on wolves on Isle Royale.
Maybe it's time for humans to give considerable thought to how our similar breeding practices have impacted "Man's Best Friend"... and to finally come to terms with the fact that a bit more genetic diversity might just be a good thing.
Posted by BlacknTan at 7:44 AM No comments:

Many breeds have agonized over the question of which path they, and influential breeders, have wanted to proceed along.
All the Setter breeds have had their share of difficulties along these lines.. But, are they always truly difficulties?
I see many "Show" only breeders competing in the ubiquitous AKC hunt tests in hope of putting a "field title" on what is basically a show dog, to increase the value of their puppies and attempt to pass them off as "duals"... But, that's not what we're really talking about here... With thye qualifications necessary to achieve an AKC JH title basically the dog's ability to fog a mirror placed beneath it's nose, that question is a moot point.
What I am more interested in is the attempt by field breeders to hit the "sweet spot," where the designations between true field dogs and larger show dogs overlap. As far as the Gordon goes, the breed I'm most familiar with, I'd be in favor od splitting the breed, having the Field side conform to the 1939 standard, and giving the show side full reign to increase their standard, which continually calls for a bigger and bigger dog, to whatever degree they feel necessary.. Why give up any field performance for pure eye appeal, if that is the appearance that one likes?
Now, we've discussed this before on these pages, and I won't speak to the English Setter where the situation is a bit different, or the Red... again a bit different, but has taken a road pretty similar to the demise of the Gordon, but was thankfully saved by forward thinking individuals.

Which way would you take a breed? Are folks taking the right path seeking unification of the two factions??

Everyone is entitled to run the dog of their choice, but field performance should be "Job 1" as in the old Ford commercial...
Posted by BlacknTan at 7:37 AM 3 comments:

When I was coming up through the ranks, and learning all things birddog from people that knew, and continue to know alot more than I do.. I heard the idea that specific traits we passed on to the get from the Sire, and other specific traits from the Dam..
Things such as courage, fluidity of gait and endurance were often attributed to the dam, while a dog's style and flash, apparently passed on from the sire.
I now believe these old preconceptions to be just so much heresay, from an age when much less was known about genetics and heredity..
I know that similar events do not happen in people, and the genetic shuffle of genes is, I assume, no different between the species..
I can agree to an extent that males will often "show" better and display a bit more style, but is this trait supplied strictly from the male in a breeding.. I find it hard to believe..
Maybe the research at U.C Davis will shed more light on questions such as this for us all, but until that data becomes available, I'm interested in the thoughts of others..
Have you noticed anything that sounds similar to the old dogma in the dogs you've studied?? Does the premise appear to make any sense knowing what we know today about genetic mixes?

All opinions and thoughts are welcome...
Posted by BlacknTan at 7:58 AM No comments:

From the "Ain't it the truth" Department

Oddly enough, the media seems to "roll over and play dead" for the new busdriver...

Enjoy the weekend...
Posted by BlacknTan at 9:39 AM No comments: 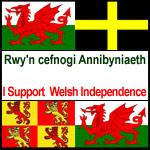